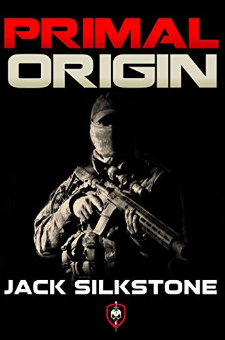 "Your mission is to build an organization capable of dealing with men...Men who think they are above the law. Men who sow hatred and pain wherever they walk. Men who are evil."That's the call to arms for Vance, Ice, Mitch, and Bishop, a team of highly trained operatives who've gone rogue and formed PRIMAL, a global vigilante unit. They protect the innocent, punish the guilty, and wage war against terrorism, all in the name of justice. Their first target: the wealthy CEO of a powerful corporation-and a die-hard jihadist supporter-scheming to exterminate Western influence in the United Arab Emirates. Our four warriors challenge his murderous ambitions, turning the dark arts of clandestine ops against a seemingly untouchable evil. Success gives them access to new resources and new targets, and within a matter of days they've brought a Russian mafia cartel to its knees.Middle Eastern warmongers, insipid Russian mobsters, and all those who prey on the weak and helpless can rest assured: justice comes with a dose of fury when it's delivered by PRIMAL.*** Jack Silkstone's background includes a career in military intelligence and special operations, working alongside some of the world's most elite units. His love of action-adventure stories, his military background, and his real-world experiences combined to inspire the no-holds-barred PRIMAL series. *** PRIMAL is a team of elite operatives, hell bent on fighting for the downtrodden and oppressed. A renegade agency waging a secret war against the untouchables; powerful criminals, greed driven corporations, and twisted politicians. With cutting-edge technology and tactics they strike across the globe with impunity, stepping in where governments fail.PRIMAL books are dedicated to those who have fought for a just cause.It is recommended the PRIMAL books are read in order:1. PRIMAL Origin2. PRIMAL Unleashed3. PRIMAL Vengeance4. PRIMAL Fury5. PRIMAL Reckoning6. PRIMAL Nemesis7. PRIMAL Redemption8. PRIMAL RenegadePRIMAL Mirza and PRIMAL Inception are stand-alone prequels.