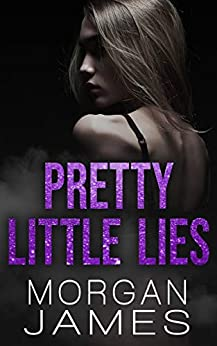 Forbidden love is the strongest of all...The only daughter of a notorious criminal, Giuliana Capaldi is no stranger to secrets and lies. When her father is killed, Jules becomes a ward of her cruel, abusive uncle. As tensions rise between La Cosa Nostra and the Bratva, he arranges her betrothal to the captain’s son—a man whose previous wives have all mysteriously disappeared. With no other thought than to escape a violent marriage—or worse—Jules flees.All Eric Donahue wanted was peace and quiet in his sleepy little town. After the mission three years ago that nearly ended his life, he left Chicago in search of seclusion and solitude. When he finds the green-eyed beauty sleeping in her car on the side of the road, he offers her a safe haven. Despite the inexplicable connection between them, Eric vows to stay away—far, far away. Jules is too young, too innocent for a man like him; everything about her is wrong… but so very right.In close quarters, a bond is forged and neither can resist the pull of desire sparking between them. But when the past catches up, they must hope that their love is strong enough to save them both…*Pretty Little Lies is book one of the Deception Duet. It can be read as a standalone, but elements of the story will be revealed in book two, Beautiful Deception, coming soon.*The Deception Duet is set in the same world as the Frozen in Time Trilogy. Though spoilers are kept to a minimum, there is some character overlap. For maximum reading pleasure, be sure to start from the beginning with Jack and Mia's story!The Frozen in Time TrilogyBook One: Unrequited LoveBook Two: Undeniable LoveBook Three: Unbreakable Love