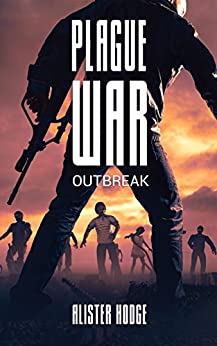 In an Emergency Department, Doctor Harry fails to resuscitate a young woman suffering from an infected bite wound. While her body awaits transfer to the morgue, Harry is stunned to witness the corpse lurch off the bed and attack his staff. It’s not an isolated incident. Lysan Plague has crossed the species divide from bat to human and mutated with devastating effect. Burning across the country in a tide of bloody violence, it overwhelms an unprepared police force and government. Bite victims re-animate as plague ‘Carriers’, creatures lost to conscious thought, consumed by rage and an urge to feed on the non-infected.
No-one is safe in the apocalypse, and only those who are willing to fight will survive. Harry forms an alliance with several other survivors, but will it be enough for them to hold out until the Army regroups to fight back?