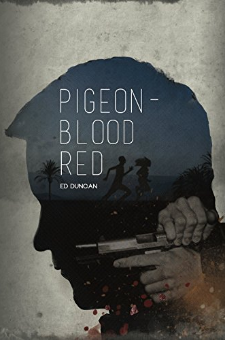 For underworld enforcer Richard "Rico" Sanders, it seemed like an ordinary job: retrieve his gangster boss's stolen goods, and teach the person responsible a lesson.But the chase quickly goes sideways and takes Rico from the mean streets of Chicago to sunny Honolulu. There, the hardened hit man finds himself in uncharted territory, when innocent bystanders are accidentally embroiled in a crime.As Rico pursues his new targets, hunter and prey develop an unlikely respect for one another. Soon, he is faced with a momentous decision: follow his orders to kill the very people who have won his admiration, or refuse and endanger the life of the woman he loves?Praise from readers:????? - "Duncan crafts a twisted thriller in his gangster-laced debut."????? - "This charming, classically-told crime thriller is a must for noir fans."????? - "I would love to see this book made into a movie."