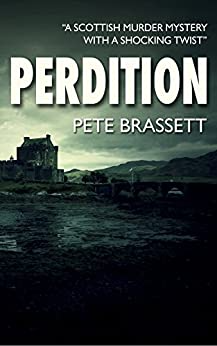 An employee of an investment bank is found dead in his car by a freshwater loch in Ayrshire, Scotland, but there are

.Indeed, that the man had enough opioid painkillers in him to fell a shire horse, might easily be put down to over-exuberant self-indulgence. But newly promoted and in charge of the investigation,

.And when the victim’s links to a minor crime involving a dead goat and an assault on an associate come to light, a

.DI West must explore shady financial dealings in the up-market parts of Glasgow, and connections to illicit drugs in its poorer quarters,

to track the killer

in what is now being treated as a murder investigation.She is relieved that her mentor, Detective James Munro, once more steps out of his not-so tranquil retirement to lend a hand. His knowledge of the rural areas will be invaluable to a

.Plus, he can run rings around their superior officer which will help when

the pressure to solve the case mounts

.If you enjoy strong female leads, Scandinavian-style noir, police procedurals that closely follow the team dynamics of an investigation, and

stories with a sucker punch of a twist

, PERDITION is for you. It is the seventh book to centre on detectives Munro and West. You can enjoy it on its own or as part of a series. The full list of books is, in order of publication:1. SHE2. AVARICE3. ENMITY4. DUPLICITY5. TERMINUS6. TALION7. PERDITION8. RANCOUR9. PENITENT10. TURPITUDE11. HUBRIS12. PENURY13. RUSEAll of these books are available in paperback and FREE with Kindle Unlimited.