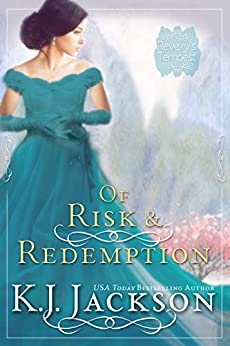 He mistakes her for a madam of a brothel. She wants nothing to do with him. Sparks fly as fate tosses them together in this steamy historical adventure.
A wary widow.
No stranger to love, Lady Desmond is well-versed in the heartache that can accompany it. Burned by her traitorous heart again and again, Cass has determined her life will include only what she can control—and has made her work as the proud proprietress of the Revelry’s Tempest gaming hall her sole mission.

A reluctant viscount.
Inheriting an English title was not something American Rorrick Trowlson wanted in life, nor was the mess that came with the estate. His brother’s mess. A mess he now has to clean up. But to do so, he needs a tract of land his brother flippantly lost in a stupid bet at the Revelry’s Tempest.

A past that needs to be righted.
After he mistakes her for a madam of a brothel, Cass wants nothing to do with the brash American—until she realizes he may be just the key to righting her deepest regret. She strikes a bargain with Rorrick—take her to America and she will sign the land back to him. As the spark between them quickly turns into a flame, Cass resists, as she had sworn long ago to never be careless with her heart again. Once, twice, she had been a fool—but three times would be the death of her. But can a brazen American with a new title batter down the stalwart defenses of a widowed countess?

Note: The books in the Revelry's Tempest series by K.J. Jackson are each stand-alone stories and can be read individually in any order. These historical romances are set in the Regency and Victorian eras, and do not shy away from scenes with steamy heat, occasional naughty language, and moments that might possibly make you squirm.