No Age to Die 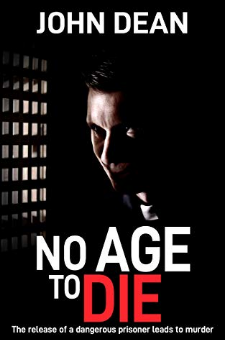 When a convicted sex-offender and

murderer is released into the community

, DCI Blizzard knows there will be uproar. The local church which is sheltering the man is targeted by protests and when a local youth is found murdered,

.The convicted felon absconds, launching a man-hunt but people in the port city of Hafton are already taking

matters into their own hands

. Before long there is another death. Once again the church is central to the inquiry.Can DCI Blizzard work out who is responsible and bring some

closure to a fractured community?

NO AGE TO DIE is the ninth DCI John Blizzard murder mystery. It can be enjoyed on its own or as part of the series:1. THE LONG DEAD2. STRANGE LITTLE GIRL3. THE RAILWAY MAN4. THE SECRETS MAN5. A BREACH OF TRUST6. DEATH LIST7. A FLICKER IN THE NIGHT8. THE LATCH MAN9. NO AGE TO DIE10. THE VENGEANCE MANAll of these books are FREE with Kindle Unlimited and available in paperback.