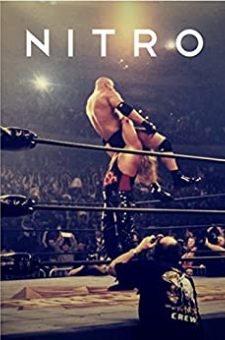 Reviews"The most definitive, well written and thoroughly researched book on the rise and fall of WCW."--Eric Bischoff, former WCW President"This is - without question - the very best book ever written on professional wrestling."--Conrad Thompson"Well written and captivating...a fresh take on [the] time period."--Chris Harrington, AEW VP of Business Strategy "...may be the best overall pro wrestling book to date."--David Bixenspan, Deadspin.comSynopsisIn April 1999, Entertainment Weekly asked its readers what many were surely wondering to themselves: how did wrestling get so big?As a consequence of the heated ratings competition between World Championship Wrestling (WCW) and the World Wrestling Federation (WWF), the spectacle had taken over Monday nights on prime-time cable television. But in a departure from the family-friendly programming produced by the last industry boom - the 1980s wave, which made household names of Hulk Hogan, 'Rowdy' Roddy Piper and Andre the Giant - the new era of wrestling combined stunning athleticism with a raunchy sex appeal, engrossing story lines and novel production techniques that reflected a changing society and its shifting values. Once again, wrestling was a ubiquitous phenomenon - only this time, it seemed as though the fad would never end. With both WCW and WWF expanding into other forms of entertainment - movies, video games, music and the like - the potential for growth appeared to be limitless.But with uncertainty surrounding its corporate future, and increasingly uninspired programming eroding its audience, WCW stood on the verge of collapse. Three years into a five-year plan devised by its charismatic leader - a former Blue Ribbon Foods salesman named Eric Bischoff - the company whose unexpected ascension initiated the entire boom was operating on borrowed time.For by the end of the five-year plan, WCW ceased to exist.But NITRO is a story about much more than WCW and the Monday Night Wars. It is a story of an era, a time in which the media and cultural landscape precipitated - and later supported - pro wrestling's mainstream popularity. It is a story of how a company made in the image of an intuitively brilliant risk-taker betrayed its original promise. It is a story of how a handful of men, each struggling with their own limitations, facilitated a public obsession that changed television forever.And so, with the inside knowledge of a journalist, the perspective of a historian, and the passion of a fan, author Guy Evans provides a fresh look at an unfortunate inevitability - the downfall of World Championship Wrestling. Bolstered by exclusive interviews with over 120 former TBS and WCW employees, NITRO is the definitive picture of the last wrestling boom.Featuring exclusive interviews and comments from:Eric Bischoff, fmr. President of World Championship Wrestling;Harvey Schiller, fmr. President of Turner Sports;Jamie Kellner, fmr. CEO of Turner Broadcasting System;Bill Burke, fmr. President of TBS network;Joe Uva, fmr. President of Turner Entertainment Sales and Marketing; Scot Safon, fmr. SVP of Marketing for TNT network;Kevin Nash, WWE Hall of Famer and 5-time WCW world champion; Diamond Dallas Page, WWE Hall of Famer and 3-time WCW world champion;Vince Russo, fmr. WCW writer;Marcus 'Buff' Bagwell, fmr. WCW superstar and 5-time world tag team champion;Kevin Sullivan, fmr. WCW superstar and head booker;Hugh Morrus, fmr. WCW superstar;Neal Pruitt, fmr. WCW Feature Producer and voice of the nWo;David Crockett, fmr. WCW Vice President of Production;Dick Cheatham, fmr. Group Controller for TBS;Alan Sharp, fmr. WCW Director of Public Relations;Mike Weber, fmr. WCW Director of Marketing;Rob Garner, fmr. WCW Vice President of TV Programming and SalesJerry Jarrett, legendary wrestling promoter and booker...And many, many, many more!