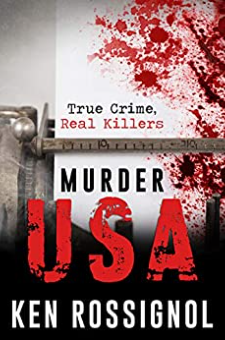 WARNING! DEPRAVED HEARTS, BEASTLY EVIL These are their stories.These stories of murders and of a few cases of attempted murder over sixty years include vivid descriptions of ghastly crimes with explicit photos not intended for the faint of heart or children. Parental Guidance is mandatory. Many of these murders went unsolved for long periods, some still have not been solved, and justice obtained for the victims. One case of a killer allowed out of a mental health facility after he killed two people on the East Coast allowed him to rape and murder 3,000 miles away on the West Coast. Another serial killer wiped out an entire family in one night of terror and is believed to have killed dozens more. A task force that included seventy-five FBI agents and a dozen county and state police from two states found the killer who set the gold standard for serial killers. The story of a rare case of an Amish Murder-Suicide is included along with that of a Navy Ensign who killed his estranged wife’s lover with a crossbow and then carved him into pieces with a saw.