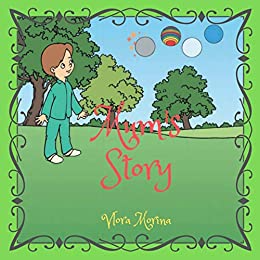 About the BookMum's Story is a fun children's book filled with imaginative humor and featuring an interesting twist a story within a story. Children are drawn into the lives of two sisters, Rose and Lily, as they interact with the mixture of rivalry and friendship. The girls are intrigued when their mum announces she has a special task for them: she has written a children's story, and she wants them to read it and tell her what they think. Her story is about a city boy named Alexander whose parents leave him with his mum's old aunty in the country. Although he is intimidated by her big house and the wide-open spaces, Alexander tries climbing a tree. While enjoying his triumph, he decides to use a branch to paint a little man in the sky. When his imagination brings the fantastical creatures to life, he has lively and amusing adventures with his new friends. Through creativity, Alexander is able to expand his world and boost his self-confidence, while the girls discover through reading their mum's story that people can be full of surprises.About the AuthorVlora Morina is an Albanian from Kosovo and a British citizen. She has served as an interpreter for the refugees of the Kosovo War while working for the British Red Cross and Refugee Council, and she has translated for a legislative program and a law firm. She currently lives and works in London. Mum's Story is her first children's book.