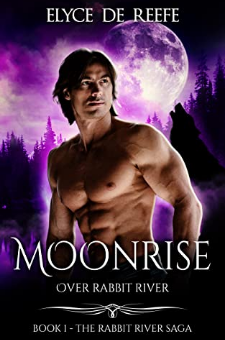 A fledgling pack struggles to survive during chaotic times, when mates are scarce, and competition is fierce. For there is turmoil in the wolf shifter community.Cray Long has had to fight for acceptance his whole life. He doesn’t expect that to change just because he’s joined Lucas’s new pack. Half breeds like him are tolerated at best. He never dreamed he’d repeat his father’s mistake— and take a human mate. He just hadn’t counted on Elizabeth. One hint of her intoxicating scent and he knows he can’t let anyone else have her.Elizabeth Brown is pretty sure things can’t get any worse. After all, she’s trudging through the snowy wilderness in the middle of the night— running for her life. When a pack of wolves turn into men right in front of her eyes, she realizes she was wrong. Very wrong. Because one of them just claimed her.But with all the chaos in the wolf shifter community these days, Cray can only hope his new Alpha will accept a human into the pack. Because according to the Law, now that Elizabeth has seen them, she must be claimed. Or she must die.Get ready for a enemies-to-lovers thrill ride, complete with sizzling heat, swoon-worthy heroes and just a touch of magic. These are not your ordinary werewolves…Welcome to the Rabbit River PackThis new series traces the story of the entire pack as reluctant Alpha Lucas navigates the tricky waters ahead. Somehow, he must uphold the Law, keep his fledgling pack safe and find his missing sister before it’s too late. But will he ever gain Mari’s trust— the mysterious human he found in the woods? Follow this slow burn love story throughout the series as Lucas works to repair the damage of Mari’s past, hoping to eventually win her love. This series combines the magic, humor, and sexy alpha hotness of authors like TS Joyce, Zoe Chant and Terry Bolryder, with the heart pounding action, world building and character development of authors like Patricia Briggs and Ilona Andrews. Fans of werewolf romance, paranormal suspense, paranormal comedy, and romantic fantasy will enjoy this series.