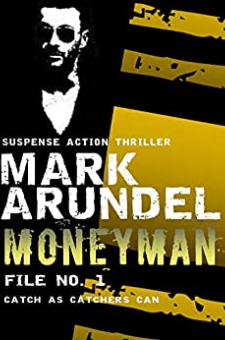 File no. 1, Moneyman, also known as Codename: Moneyman, is the action-packed, exciting story of one man who must uncover international espionage or die in the attempt.British Secret Intelligence selects him to carry out a sanctioned termination in Tenerife. He leaves on the assignment, unaware of his real purpose. He's one part of a secret plot to uncover a spy deep within the London, Whitehall establishment.The assignment rapidly turns deadly.He soon discovers the world of international espionage has placed him in a desperate situation and presented him with an impossible task. Chinese, Russian, and British agents hunt him while his only help comes from a single London contact, but can he trust her?Are his determination and endurance enough to see him complete the assignment and discover the truth, or will his time run out?"How does one uncover a spy deep within the British political establishment?""That is a question.""Yes, isn't it?"The silent pause drifted."Well, do you have the answer?""Yes, I do, but first, tell me this. What is more important than all other things?"The silent pause returned."...intelligence?""No. More important than all other things is 'economic' strength."