Meet Me for Murder 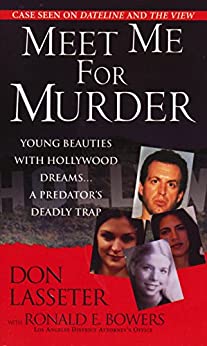 The true story of the predator who lured young women with promises of fame—from the national bestselling author of the “riveting” Honeymoon with a Killer (Publishers Weekly).

Hopeful beauty Kristi Johnson, twenty-one, thought she was auditioning to model for a James Bond promotion. Following the directions of the man who approached her in a shopping mall, she drove to a mansion in the Hollywood Hills with a black mini-skirt and stiletto heels.

Weeks later, Kristi’s body was finally photographed—by the county coroner. Her partially clad body had been found on a slope off Skyline Drive. Not one iota of forensic evidence was recovered. All investigators had was another Hollywood dream gone nightmare.

But what seemed like a dead end soon found its lucky break. Responding to news reports about Kristi’s murder, calls from women came pouring in—all of them victims of bogus modeling gigs. One composite sketch later, Victor Paleologus, forty, already on parole for sexual assault, was taken into custody. Halfway through his sensational trial, Paleologus stunned everyone by entering a guilty plea and was sentenced to twenty-five years to life.