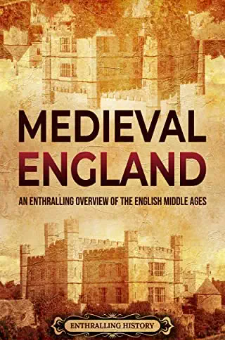 If you want to discover the enthralling history of medieval England, then keep reading...

Knights, monks, kings, plague, war, Vikings, revolts, and so much more appear in the six hundred or so years known as the medieval period of English history. Our culture has romanticized many of these elements, and the Middle Ages has become full of stereotypes and tropes that appear again and again in movies, books, and even in our imaginations. But what was it really like?This book will separate the myth from reality and reveal what you know about medieval England and what you only think you know. It covers a sweeping overview of the period and dives into many of the fascinating facts and stories that have made people love the Middle Ages for so long.In this book, you’ll learn about:

How England got startedWhat it took to be the best and worst English kingWhy you wouldn’t want to be a peasant in the Middle AgesHow one of the greatest catastrophes in human history, the Black Death, unfoldedThe harsh punishments that kept the peaceHow the church became the most powerful organization of the periodWhy armored cavalry stopped being used in battlesWhat medieval people did for funAnd much, much more!

Scroll up and click the “add to cart” button to learn about the incredible medieval period of English history!