Mayhem 337: Memoir of a Combat Advisor in Afghanistan 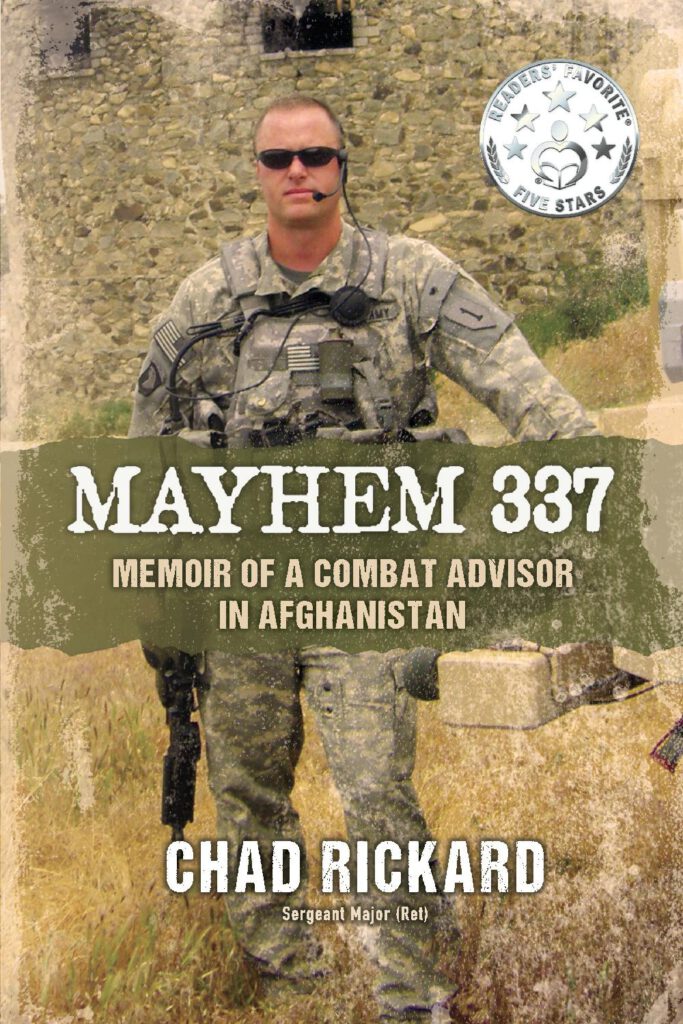 In Mayhem 337, Rickard powerfully recounts his experiences during a nine month period of intense combat deep in the mountains of Eastern Afghanistan. His graphic account guides you through intense combat from the streets of Khost City, to deadly mountain warfare while based at an austere combat outpost. He vividly describes the sights and sounds of battle as well as the heartbreaking aftermath of fallen comrades. From IED laden roads to air assault missions and hostage standoffs, Rickard's story leaves nothing to the imagination. His riveting memoir brings recognition and honor to the Infantry Combat Advisor legacy that is but a footnote in U.S. military history.