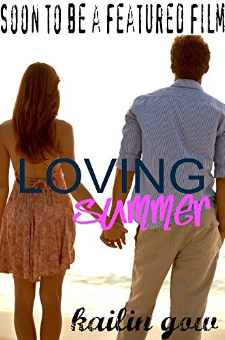 ***SOON TO BE A FEATURED FILM!***"The perfect summer read" - Michelle, Book Briefs Reviews"Not only did it keep me in suspense of what was happening, but the character's responses were believable. Gow really impressed me with this book and I am looking forward to reading her other books." - YA Fiction Book Reviews"I love the romance, but there are bigger issues the author tackles in this book that is appropriate for older teens and young adults and felt realistic." - ConstanceDESCRIPTION"When I think of my summers spent at Aunt Sookie’s Malibu “pad” as she called it, I think about first kisses, first love, and first heartbreak. I think about my friendship with Rachel Donovan and her brothers Nathaniel (Nat) and Drew. I think of all the sunsets, dawns, and first attempts. And then there was this summer, the summer I grew up, in more ways than one, and everyone noticed, especially the boys, especially Nat." – Summer JonesSummer has always looked forward to spending her summers at her Aunt's beach house with the Donovans. To her, summers at Aunt Sookie's beach house was magical, especially getting to spend time with the Donovans - her best friend Rachel and Rachel's brothers Nathaniel, and Drew. Here at Aunt Sookie's beach house, they can be anyone and anything they dreamed. For Summer, she had always wished to become as pretty as Rachel and for her brothers to think of her as more than Rachel's friend. For Nat and Drew, summers at Aunt Sookie's beach house meant fun and escape, a place where they go to with their mom and sister for the summer, escaped to the beach, away from city life. They never thought this summer would be different. They never thought things would change as much as they did, that there would be a second chance for everything good and bad, including love and romance...and it all began with them falling for and loving Summer.*A new adult contemporary romance with an edge. Book 1 is suitable for older teens, young adults, and college age.Loving Summer is a sweet romance that contains social issues such as coming of age, mental illness, divorce, depression, death, and family.Book 1 of the Loving Summer SeriesTHE LOVING SUMMER SERIES IN ORDERLoving Summer - for older teens, young adults and adultsFalling for Summer - New Adult/Contemporary RomancePerfect Summer - New Adult/Contemporary Romantic SuspenseSecrets of the Fall - New Adult/Contemporary Romantic SuspenseLasting Summer - New Adult/Contemporary Romantic SuspenseFree Fall Series - 10 Years LaterSummer's Landing - The Wedding**The Summer Pact: A Musical Series - A Prequel Series Spin-Off Soon to Be a Live Stage Musical and Film!** - Just ReleasedKailin Gow loves to hear from her readers and provides updates on new releases, contests, news, and what’s going on with the Loving Summer featured film through her free newsletter. Hear what else is currently filming or being cast for film or television, including opportunities to be an extra or to win a ticket to the premieres.