Life and Times of a Wayward Geologist 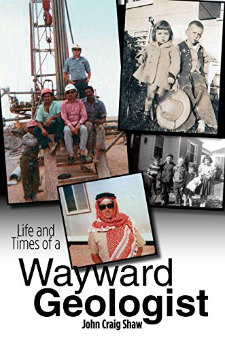 This is a memoir of a man who grew up in the 40s and 50s in Mobile, Alabama, during a time when the South was strictly segregated--"We didn't know any black people except for our maids." After graduating from Murphy High School, he went on to the University of Alabama during the 60s when racial strife was at its peak, when George Wallace stood in the door to try to block the registration of two black students. After graduating with a degree in geology, he went on the University of Hawaii, studying oceanography until his draft board called him home. At the time Vietnam was being accelerated. Joining the Air Force Reserve as a cook, he was obligated to just four months active, whereupon he landed a job with a chemical company which almost put him in an early grave. Desperately trying to find a job as a geologist, he was hired by the U.S. Army Corps of Engineers. This book is written in chronological order. Many of the chapters are humorous and will definitely put a smile on the reader. The Corps chapters are a mix of humor, adventure, and danger, as Mr. Shaw's work sends him to the swamps of the Tennessee-Tombigbee Waterway study in Mississippi and Alabama. Also work in some foreign countries, such as the Saudi Arabian desert, Central America, and Europe. The last few chapters take place after his retirement in 1996 where he lives with his dog on a coastal river in Alabama.