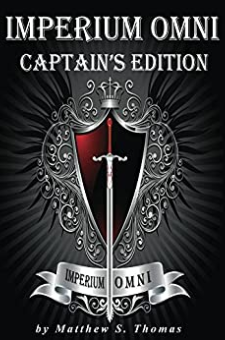 Born of two worlds to a big city noble Human father and a Wood Elven country girl, Shadow always yearned for adventure. Now that he's finished with his military service and graduating Hawksmoor Academy Explorer's School, he's off to see the world. The first thing he does is stumble upon the remnants of most infamous group of Explorers on the planet, The Changers. During his studies at Hawksmoor, Shadow studied the group, marveling at the seeming madness in their decision to return the infamous Golden Amulet to Raunos, the super-demon that it came into the world with. And now ... Shadow has chosen to become one of them, one of The Changers. And his noble lineage leaves no argument about such things. Once you chose your friends and your allies, you defended them, without hesitation. even in the face of the cataclysm about to come. Because the problem wasn't with the Golden Amulet or Raunos. The problem was what came with it into this world.