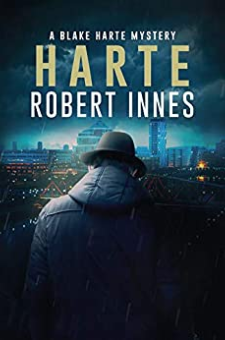 In 1996, a ten-year-old boy experienced the most traumatic incident of his life. He discovered the body of an elderly woman, with a knife sticking out of her back, in an abandoned house on his street. Twenty-three years later, dreams of the event still haunt him and now he is going back to where it all began. That man is Detective Sergeant Blake Harte. But Blake has more demons from his past about to reappear than he could ever realise.Thomas Frost, the killer that Blake helped put behind bars before he moved to Harmschapel, has been plotting his revenge and he is about to make his move. Blake Harte, the man that can explain the impossible, is about to be put to the ultimate test when Frost escapes confinement in a way that defies all logic and reasoning.With his old home city in a state of panic as a killer once more prowls the streets, Blake must prepare for an ultimate confrontation of his personal demons as questions he has had nearly all his life are finally answered. Who was the old woman? How did she die? And who will be caught in the crossfire when Thomas Frost and Blake Harte finally come face to face once again?