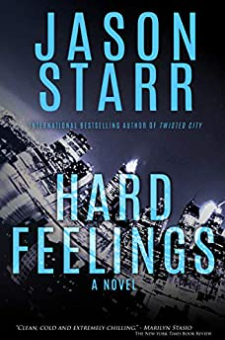 The first ever Vintage Crime original novel in a brand new editionIncludes bonus chapters of Starr's novels Twisted City and Hard FeelingsThings aren’t going so well for Richie Segal. His prospects at the job are pretty miserable and, what’s more humiliating, his wife’s prospects at her job are pretty good. Richie knows he’s a good salesman, but he just can’t seem to land an account. And he’s starting to drink again. And worry about whether Paula’s seeing that old high school flame, or maybe someone new. It’s a little early, at thirty-four, for a mid-life crisis, but that’s pretty much what it feels like. And there’re those unwelcome memories of the neighborhood bully, Michael Rudnick and what he did to Richie when he was thirteen. Richie Segal’s feeling, well, abused.Just when Richie’s about as low as he can get, he runs into Rudnick on the street and knows exactly what he needs to do. And suddenly things seem to be going much better. That is until they get much, much worse. In the classic tradition of Jim Thompson and James M. Cain, Hard Feelings is novel that lets us into the mind of an ordinary guy capable of things that even he couldn’t have imagined.JASON STARR is the international bestselling author of many crime novels, psychological thrillers and comics. His novels include Twisted City, Tough Luck, Hard Feelings, The Follower, Panic Attack, and Fugitive Red (published in the U.K. as Too Far). Additionally, he’s the author of the acclaimed Pack series of urban fantasy novels. His work in comics for Marvel and D.C. includes Batman, The Punisher, and the entire Wolverine Max series. He has also co-written several novels with Ken Bruen for Hard Case Crime, and is the writer of the official Gotham novels, based on the hit FOX series. Several of Starr’s novels are in development for film, TV and theater. He has won the Anthony Award twice, as well as the Barry Award. He lives in New York City.