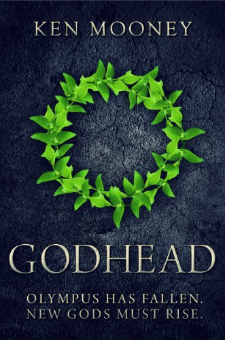 Ken Mooney brings the Greek gods to life in this exciting dark fantasyOlympus has fallen; new gods must rise.The Greek gods have been betrayed by one of their own. Zeus is dead, and Olympus is under siege by the demonic forces of Kaos. Their only chance of survival is to abandon the city, buying them time to regroup and rebuild. Thousands of years later, the children of the gods walk among us, guiding and protecting humanity. But there are some who don’t know of the powers they have, or the secrets they must keep.The gods are no more, eliminated by their greatest enemy. And now, she wants to return home; no matter who is standing in her way.