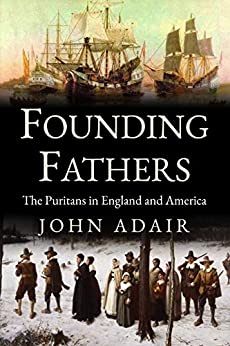 A fascinating history of the Puritans from their emergence to their decline.

Republished to commemorate the four hundredth anniversary of the Mayflower’s pioneering voyage, this book is perfect for all who would like to learn more about these men and women, their ideas, and their influence.

Early in the reign of Queen Elizabeth I a group of people emerged who wished to further purify the Church of England and the society in which they lived. They were labelled Puritans.

Inspired by ideas from the Reformation as well as the Renaissance these ‘hotter sort of Protestants’ shaped two of the most momentous events of the seventeenth century: the foundation of New England and the English Civil War.

John Adair’s brilliant book is a highly readable account that explores the origins of the Puritans, their shared and differing ideas, and how, even though their final years were marked with dissension and decline, their values have had a vast and continuing influence on the moral framework of northern European and North American civilization.

Drawing upon the letters, diaries and writings of Civil War leaders Sir William Waller and Oliver Cromwell along with those of early New England pioneers like Anne Hutchinson and John Winthrop, Adair delivers a vivid narrative of life as a Puritan during these tumultuous decades when the religious and political worlds were reshaped.

Founding Fathers: The Puritans in England and America should be essential reading for all people who are interested in British and American history. These men and women changed the course of history through the English Civil War and the founding of states in New England, and, whether we acknowledge it or not, they continue to influence our lives to this day.