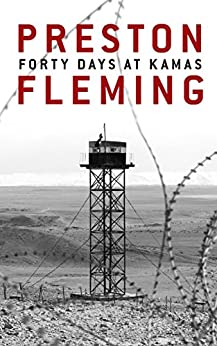 An American GulagKamas, Utah, 2024. America has become a totalitarian dystopia after the Unionist Party's rise to power. The American West contains vast Restricted Zones dotted with ghost towns, scattered military garrisons and corrective labor camps where the regime disposes of its real and suspected enemies.A former businessman from Pittsburgh, Paul Wagner, arrives at a labor camp in Utah's Kamas Valley. He is unaware that his eleven-year-old daughter, Claire, has set off to Utah to find him. By an odd quirk of fate, Claire has traveled on the same train that carried her father into internal exile.??? The Inmates Seize ControlOnly after Wagner has renounced all hope of survival, cast his lot with anti-regime hard-liners and joined them in an unprecedented and suicidal revolt does he discover that Claire has become a servant in the home of the camp's Deputy Warden. Wagner is torn between his devotion to family and loyalty to his fellow rebels. On the eve of an armored assault intended to crush the revolt, he faces an agonizing choice between a hero's death and a coward's freedom. ??? Chillingly realisticForty Days at Kamas is both a stirring portrait of a man determined to survive under the bleakest of conditions and a nightmare vision of what America could become if political extremists rise to power.Scroll up and grab a copy today.