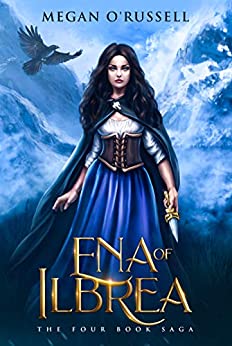 Ena never hoped for a peaceful life. She never dreamt she’d become a killer either.Ilbrea: A country mercilessly ruled by the seven Guilds where commoners struggle to survive—no one knows the cost of survival better than illegal healer Ena Ryeland. Ena is offered a life of freedom and a chance to fight the Guilds. But she can’t win the battle alone…A myth to guide her journey.
A brother she thought she’d lost.
A ghost to steal her fear.
A man to steal her heart.An impossible enemy. A hope for freedom. Ena is the only one with a chance of fighting the Guilds—if she can survive long enough to try.Ena of Ilbrea: The Four Book Saga includes Ember and Stone, Mountain and Ash, Ice and Sky, and Feather and Flame.