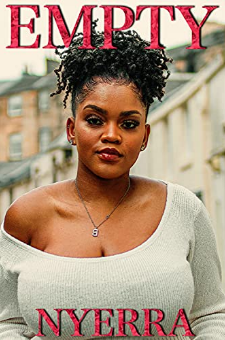 Life had never been easy for Caleesi Thompson. While struggling through college, she decides to take a position at a gentlemen’s night club in order to make ends meet. However, when she learns that her mother has been diagnosed with cancer, everything in her world seems to fall apart. But one night while dancing at the club, she crosses paths with someone special from her past.Zack Warren had always been the problem child during their younger days. His behavior causes his parents to send him away in order to flee his troubles. But now that he’s returned, he’s determined to take over his family’s business. Zack wants no distractions while on his quest to become a CEO; but when he and Caleesi reunite, she seems to be the only thing he can focus on.Their chemistry is undeniable, which ultimately leads to a relationship that neither of them saw coming. Before Caleesi can fully grasp the fact that she’s fallen in love with Zack, her mother’s cancer progresses, unfortunately claiming her life. Caleesi is completely broken and leans toward Zack for support as she falls into a dangerous depression.But when their relationship suddenly takes a turn for the worst, Caleesi fears that rock-bottom is her final destination.Kamal Wright had a tough childhood. Watching his mother endure physical abuse at the hands of his father has taken a toll on his mental health. His anger is so far gone that he’s been forced to consume medication in order to stay sane. Kamal, however, refuses the pills and trusts himself to fight the condition on his own.When Zack asks him to accompany Caleesi’s best friend, Nique, on a double-date; Kamal immediately finds the new source of his mental peace. His anger has ran many women off in the past, but Nique is completely different. She’s patient, kind, and understanding to what he’s going through. She makes it so easy to trust her with his heart and that’s exactly what he does.The fact that she also dances at a gentlemen’s club has no effect on Kamal’s feelings for her. But when she’s approached by a heavy hitter in the streets named, Spank, her occupation suddenly becomes a problem. Spank wants Nique to dance at a private party for him, but Kamal is uncomfortable with the entire situation. Despite voicing his opinion, Nique agrees to dance at the party, which causes an unexpected disturbance in their relationship.Will love be able to save these couples from the turbulence they’re experiencing? Or will they be left empty beyond repair?