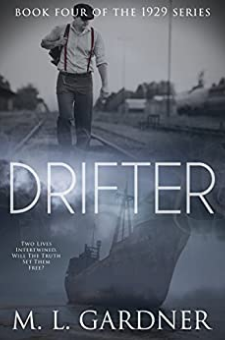 Two lives intertwined. Will the truth set them free?In this fourth book of The 1929 Series, we are led into the world of Richard Sloan, a Massachusetts missing person's detective who seems to be losing his touch. After six months he hasn't found anyone alive and becomes desperate to redeem his reputation.Aryl Sullivan, who suffered amnesia in a boating accident, finds himself caught up in a series of events that land him in London. While in the hands of Gina, a secretive and controlling woman, and her boss, Mickey, Aryl is forever changed as he does what he has to in order to survive.Following leads on a serial cop killer terrorizing Boston, Detective Sloan unwittingly stumbles on information that leads him to Aryl Sullivan, a man everyone in Rockport thinks is dead.