Diary of a Hoarder’s Daughter 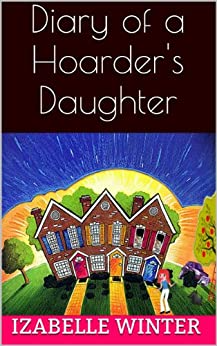 What is it really like to be the relative of a hoarder - especially if you're a tidy freak? How much can one person take until they snap? Imagine living in a house where you can only walk sideways, where Christmas lights stay up all year and tins in the kitchen explode with age. Of eight televisions in the lounge, only one actually works. A new 20ft carpet which arrived, rolled up and ready to be laid in 1974, is still there forty years later. Why would a man with two feet need 173 shoes? Where were his teeth, his hearing aid and the vacuum cleaner? In fact, where was the floor? Meet my dad - 82, eccentric, stubborn, knows everything and collects 'stuff'. - His house, his stuff - what's the problem? For him there wasn't a problem, until one day he had a nasty accident while up a ladder in his garden and was taken to hospital. Temporarily unable to live in the house, it was down to me, his daughter to make the house safe for him to return. I had to do something with over fifty years of accumulated 'stuff'. I had to sort the whole house knowing he would freak out if I threw anything away. I also had to tolerate his narcissistic personality which made the whole situation almost unbearable.