Death of a Messenger 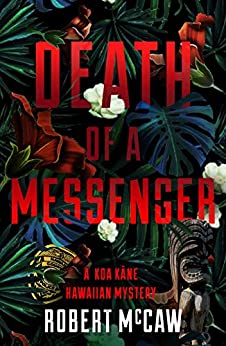 Journey deep into the exotic locales of Hawaii's Big Island to discover its language, culture—and crime

On Hawaii Island, an anonymous 911 caller reports a body at Pohakuloa, the Army's live-fire training area. Hilo Chief Detective Koa Kane, a cop with his own secret criminal past, finds a mutilated corpse—bearing all the hallmarks of ancient ritual sacrifice.

He encounters a host of obstacles as he pursues the murderer—an incompetent local medical examiner, hostility from both haoles (Westerners) and sovereignty advocates, and a myriad of lies. Koa races to discover whether the victim stumbled upon a gang of high-tech archaeological thieves, or learned a secret so shocking it cost him his life and put others in mortal danger.

Will Hilo's most respected detective stop this sadistic fiend—or will the Pohakuloa killer strike again, with even deadlier consequences?

Perfect for fans of Michael Connelly and James Lee Burke

While all of the novels in the Koa Kane Hawaiian Mystery Series stand on their own and can be read in any order, the publication sequence is: