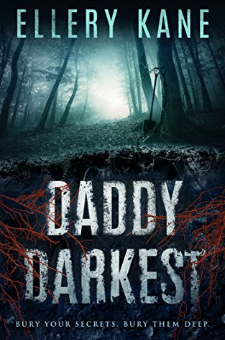 Bury your secrets. Bury them deep...?A month after her high school graduation, small-town-girl Samantha "Sam" Bronwyn boards a plane with her best friend, Ginny. Destination: San Francisco. But when Ginny disappears inside an airport bathroom wearing Sam's letterman jacket, it doesn't take her long to figure out she was the intended target. Alone in a strange city, Sam's on a run for her life--drawn into her mother's dark past. A past she never knew existed. A past where secrets aren't all that's buried and where revenge comes at the highest price.When her mother's carefully hidden secrets come unearthed, they leave Sam reeling and desperate to save Ginny and herself. Who is Sam really--and who can she trust? The mysterious stranger in 4A who secreted a gun in his backpack? The guilty ex-con? The disarming FBI agent? Her own mother?Only one thing is certain. Someone is after her. Someone who knows more about her than she does. Someone who wants to teach her a hard lesson: There are worse things than murder.Told from dual perspectives--mother and daughter, then and now--Daddy Darkest poses the impossible question. If you could erase your past, would you do it? And at what price?Daddy Darkest is a standalone and the first in the Doctors of Darkness series.Praise for Daddy Darkest--"Fast-paced and gripping...This feverishly drawn thriller places Kane's clever control of crime fiction and knack for memorable characters on full display. A rigorously written and rousing murder mystery fueled by aggressive plotting and stocked with effervescent youth." -Kirkus Review"Ellery Kane has created a world that is reminiscent of CSI, the Mentalist, and SVU rolled into one...You'll want to make time to read this straight through, because it hooks you right from the start." -Amazon reviewer"This book is gripping, suspenseful, and downright dark. It held me captivated until I finished it. It's that good." -Book Nook NutsAbout the Series...Straight from the mind of a forensic psychologist comes an addictive new series of betrayal, lust, revenge, and murder. These doctors earned their degrees from the dark side. And once you start reading, you won't be able to stop.