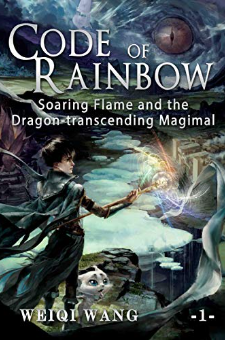 This is the first book of a teen fantasy book series that nurtures the bloom of MAGIC in the soil of SCIENCE. The magic in this world is different from the "traditional" concept, because it's backed up by realistic, physical scientific theories. As the story goes on, you'll enjoy the unique charm of science and magic merging into each other - something that has rarely been attempted before. The transition from magic to science will be bit by bit, so the early books do read like a "mainstream" magic fantasy.Soarame has a pair of special eyes. He can see magic elements in this world, which are supposed to be invisible. This enviable gift of his could reveal the truth of the world, but it also puts him in danger.Many animals in this world possess magic power, so they are called “magimals” - dragons as examples. Soarame fortunately got a baby magimal as his best friend, but they got into troubles together - troubles that were a lot bigger than dragons. Could they survive?