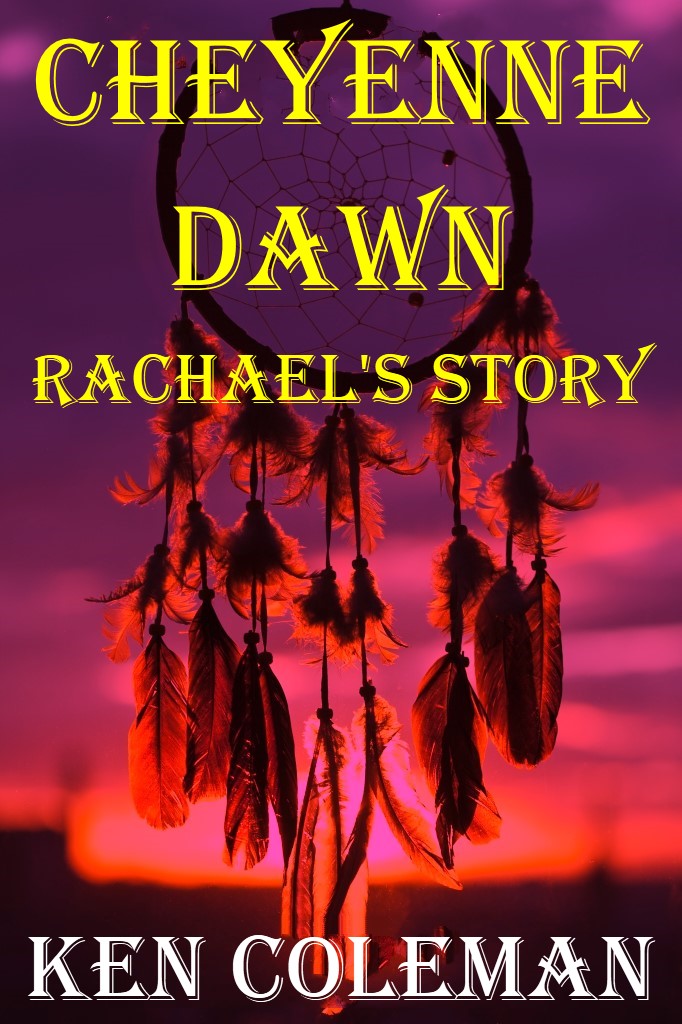 When Cheyenne Indians abducts the daughters of Rachael Wheeldon, she is tricked into following on foot by the leader of the kidnappers, only to be left alone and defenceless in the wilderness. After reaching the point of no return, she is left with no option than to doggedly, push ahead across the vast plains and try to locate her children. She finally submits to exhaustion after days with little water and no food, only to be rescued by the leader of the kidnappers, Tall Bull, who takes her and her daughter on a journey full of adventure and danger.
During their journey, Rachael finds that she is drawn to the impressive and ruggedly handsome, Indian more than she cares to admit. To Rachael, he is a complete enigma but one she finds disturbingly, attractive, and they both come to realize that a spark has been kindled and as their journey progresses so does the fire that is beginning to burn in both their hearts.
This is the story of a woman’s search to find her children and the unlikely alliance she forms with their kidnapper as they make an epic journey across the Great Plains of Kansas and Colorado.
Although violent and often harrowing, this is a love story set in 1875 when there was much resentment between Native American and white settlers, resulting in more than one massacre of innocent women and children of various tribes of Indians. Although this is a work of fiction, history tells us that such atrocities happened. One notable example was Custer’s raid on peaceful Cheyenne people in Colorado, resulting in the deaths of numerous women and children.
This is a sequel to, “Revenge and Chameli Gonzales.” But is also a complete story in its own right.