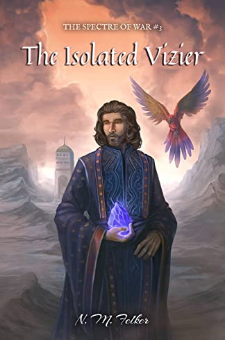 In a world of political intrigue and dark magic, Iago's journey begins when he is nearly executed as a boy.

Saved by a mysterious stranger, he is then thrust into an unfamiliar school and environment. He learns to read during the day and is secretly tutored in the dark magic at night, Iago discovers a glowing blue stone that will play a critical role in his journey.As he graduates and rises through the ranks, Iago's thirst for power and knowledge drives him to push himself to the brink of his own limits. But as his ambition takes him down a dark path, he is forced to question if true happiness is even possible for him.Meanwhile, a young band of adventurers from the Sparrowhawk Guild find themselves drawn into a web of conspiracy as they embark on a quest to find Lady Corenna, who has gone missing. As they meet the enigmatic assassin 'L' and face death at every turn, they come to realize that their quest may be connected to Iago's own struggles in ways they never could have imagined.

This gripping third installment in a thrilling fantasy series explores the depths of ambition, power, and the cost of sacrificing one's soul for it, perfect for fans of J.R.R Tolkien, George R.R Martin, and Brandon Sanderson.

The Vilokan Asylum of the Magically and Mentally Deranged (Omnibus: Books 1-9) 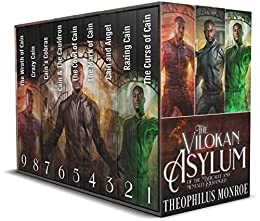 Welcome to the Vilokan Asylum of the Magically and Mentally Deranged.

I'm Doctor Cain. I'll be supervising your treatment plan.Yes, before you ask, I am that Cain.I've come a long way since I became the world's first murderer.I'm now a licensed psychiatrist.What is it you just asked? You heard that I was cursed?Yes, I'm also the world's first werewolf...But don't worry. I have it under control.It won't interfere with your progress at Vilokan Asylum.INCLUDES:The Curse of CainRazing CainCain and AngelThe Mark of CainCain and the CowlCain and the CauldronCain's CobrasCrazy CainThe Wrath of CainWhat are readers saying about The Vilokan Asylum of the Magically and Mentally Deranged?????? At the very least, and I hate to tell you this, Mr. Monroe, but I don’t think they can get any better than this. Unfortunately, that means it’s all downhill from here…. (Amazon Reviewer, Crazy Cain)????? Ever wonder what happened to Cain after he killed Abel, let alone his relationship with Seth and his parents ? In this non canonical fictional extension of Bible, supernatural and horribly bad DAD jokes you find out. (Amazon Reviewer, The Curse of Cain)????? As I frequently mention whenever I review a Theophilus Monroe book, I LOVE HIS BOOKS!!! As with all his books, I devoured it in a few hours, impossible to put down! I love how he takes a topic we're all familiar with and totally turns it on it's head! Adding a new twist on Cain and Abel is one of my favourite. We all know that particular story and how it ended, right? Wrong! Yes, Cain DOES kill Abel, but Theo breathes new life into this account, what we know still stands as truth, but with so much more interesting aspects. (Amazon Reviewer, Cain's Cobras)????? Can't get enough of Cain! I was on an emotional roller-coaster with this book and reached for my tissue box by the end. Happy tears or sad tears?? I'm not saying. Buy with one click and find out. You won't regret it. (Amazon Reviewer, The Wrath of Cain)

To Walk in the Way of Lions 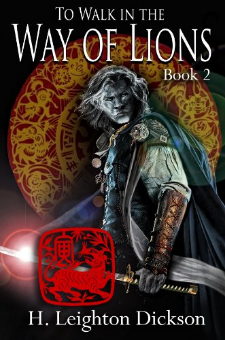 In the Survival of the Fittest, Not All Men are Created Equal. Some are Created Lions."ONE OF THE BEST I'VE READ IN SOME TIME!"TO WALK IN THE WAY OF LIONS is the second in the powerful Original Series by H. Leighton Dickson and picks up where TO JOURNEY IN THE YEAR OF THE TIGER leaves off. This is a sweeping post-apocalyptic tale of genetically altered lions and tigers, wolves and dragons in a world that has evolved in the wake of the fall of human civilization. Half feline, half human, their culture blends those of Dynastic China, Ancient India and Feudal Japan where humans are legend and kingdoms have risen in their stead. Fans of Tolkien, GAME OF THRONES, REDWALL or Japanese anime will be entertained in these intelligent and beautifully written pages in a blend of science, fantasy and zoological speculation.“World-building on par with Zelazny!”The conclusion to the sweeping epic that began in 'TO JOURNEY IN THE YEAR OF THE TIGER, the story picks up where Journey leaves off, in the harsh deserts of Khanisthan. The team is running under a very set of different dynamics than before, for not only will they be forced to confront enemies tracking from the North and a hostile force from the Palace following from the South, but they must face their own demons that are plaguing them from within. It's man against man, cat against cat, Seer against Alchemist, knowledge versus ‘the Way of Things’ – a Sci-Fi 'Pride and Prejudice and Lions', like you’ve never read it before.From the ruthless wilds of Khanisthan to the wind-swept shores of the Mediterranean Sea, the beauty and savagery of the Upper Kingdom unfolds like a living thing before them as they travel and Kirin will find out what it means to follow the code of Bushido to the gates of death and beyond…This is the journey of six individuals as they travel beyond the edges of the known Empire, into lands uncharted and wild. Theirs is a journey of magic and mystery, science and swords, romance and intrigue. It is a journey of different perspectives and unexpected kharma and love found in surprising places. It is a journey that takes place five thousand years or so in the future, naturally in the Year of the Tiger.(Be sure to read Part 1: ‘TO JOURNEY IN THE YEAR OF THE TIGER’, by Leighton Dickson, for sale on Amazon Books.)Chinese zodiac, Chinese fantasy, anthro, lion fantasy, Chinese romance, lion romance fantasy, chinese fantasy, chinese zodiac, sword and sorcery, fantasy romance

Exile of the Seas 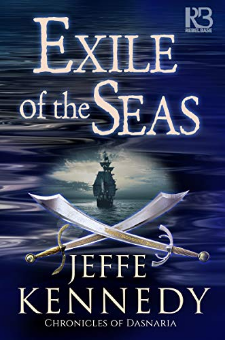 Around the shifting borders of the Twelve Kingdoms, trade and conflict, danger and adventure put every traveler on guard . . . but some have everything to lose.

Once she was known as Jenna, Imperial Princess of Dasnaria, schooled in graceful dance and comely submission. Until the man her parents married her off to almost killed her with his brutality. Now, all she knows is that the ship she’s boarded is bound away from her vicious homeland. The warrior woman aboard says Jenna’s skill in dancing might translate into a more lethal ability. Danu’s fighter priestesses will take her in, disguise her as one of their own—and allow her to keep her silence. But it’s only a matter of time until Jenna’s monster of a husband hunts her down. Her best chance to stay hidden is to hire out as bodyguard to a caravan traveling to a far-off land, home to beasts and people so unfamiliar they seem like part of a fairy tale. But her supposed prowess in combat is a fraud. And sooner or later, Jenna’s flight will end in battle—or betrayal . . .

The Mark of the Tala 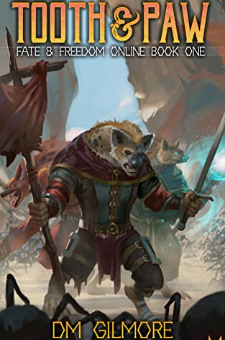 Warren loves his job. As a Game Master for Fate and Freedom Online, he gets to do everything from piloting World Bosses to helping players stuck in geometry.

When he overhears two coworkers plotting to hack the game and endanger players, things go downhill fast. Not wanting to leave a witness, Warren finds himself stuck in the game as a gnoll!

He’s level 1, aggroing to every player, and unable to call for help or even log out of the game. How could things possibly get any worse?

Warren’s only hope is to become a World Boss and get back some semblance of regular game UI. Unfortunately, standing between him and escape is a Boss Monster that isn’t too keen on letting him level up.

With some new friends and a little luck, will Warren escape his digital prison, or will he be stuck as a gnoll forever?Join Warren and his ragtag band of gnoll misfits as they pillage, plunder, and rampage their way through the world of Fate & Freedom Online in this exciting new LitRPG adventure from debut author DM Gilmore. It features personal and party growth, class evolutions, monster tribe management, and much more.Grab your copy today and join the fight! 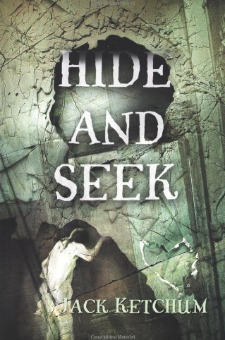 Hide and Seek is a book about games. Reckless, dangerous games. Games you might even want to play yourself if you’re with the right people. But shouldn’t. Not ever. In a small Maine town, a group of thrill-seeking college kids finds a game of hide and seek in an abandoned house turning into a reality of stark terror.