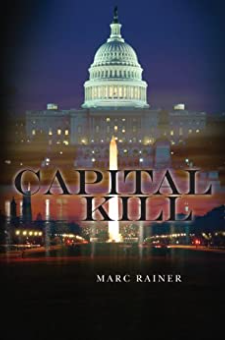 A Killer Prowls The Streets Of Washington, D.C.A few short blocks from the safety of the museums and monuments on the National Mall, a ruthless murderer roams the Capital, stalking his prey. Federal prosecutor Jeff Trask joins a team of FBI agents and police detectives as they try and solve a series of brutal murders. As the body count rises, the investigation leads to a chilling confrontation with the leader of an international drug smuggling ring, and no one is safe, not even the police.??? Homicides, Drug Trafficking And CorruptionCapital Kill uses a backdrop story of the dangerous Jamaican drug "posses" that were responsible for dramatic increases in the murder rates from New York to Miami in the late 1980's and early 1990's to create a vivid and accurate police procedural of federal and local teamwork from investigation to prosecution. ??? If you like Law and Order, NCIS and John Grisham, you will love Capital Kill!Written by former Washington prosecutor Marc Rainer, Capital Kill is a swirling thrill ride through the labyrinth of a major federal investigation and trial, with a gripping conclusion that no one will see coming.Scroll Up and Grab Your Copy Today!