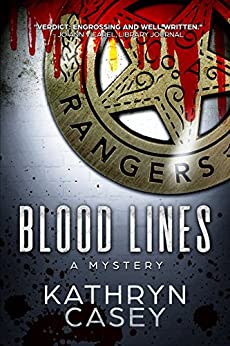 "I love how it kept me on edge all thru the book. Could hardly put it down. Yay! Will read again." - Five-star Goodreads Review

Readers loved Sarah Armstrong, the feisty and vulnerable profiler in Kathryn Casey's first mystery, Singularity. She's back in this second book in the series with her hands full with two cases at once: A persistent and potentially lethal stalker pursues pop mega-star Cassidy Collins, and a high-energy Houston businesswoman is found dead in her house.

Though the businesswoman's death is being called a suicide, when Sarah is shown photographs of the scene, something seems off. It looks too perfect, almost staged, and Billie Cox had every reason to want to life. The victim's sister is convinced Billie was murdered and urges Sarah to take a closer look. During her investigation, Sarah uncovers a multimillion-dollar scam and traces a trail of greed.

Meanwhile, teenage idol Cassidy receives threatening e-mails and text messages and hears creepy whispers over her headset at performances. Cassie's next performance is at a Houston rodeo, for which her handlers request extra security. Sarah once again teams up with FBI agent David Garrity, and together they plot to outwit and capture the stalker, but at the concert the unthinkable happens...

Kathryn Casey spins a tight plot with memorable characters and great action scenes while paying close attention to Sarah's struggles as a widow and mother. The result is a multilayered exciting and satisfying read.