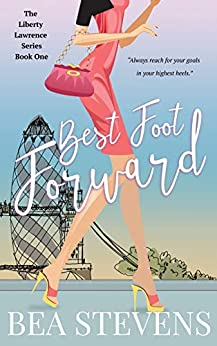 Liberty ‘Libby’ Lawrence has had her boyfriend stolen.Mr Partington, her boss and hotel manager, has had money stolen.Is it just sour grapes that causes Libby to link the two?Fashion-lover Libby Lawrence enjoys working at The Chalfont Hotel, but doesn’t enjoy seeing her boyfriend with another girl—especially when that girl happens to be beautiful, fake-Louboutin-wearing, Bianca Morrison-Wright, the hotel barmaid.When it is announced that money was stolen from the hotel safe, Libby soon has her suspicions—but are they justified?Newly-promoted Sgt James Harper, the handsome policemen tasked with solving the theft (of the money, not the boyfriend) is amused and bemused by Libby’s theories. But while trying to impress his boss, he’s reluctant to believe that the clue to the theft lies in designer shoes—fake or otherwise.However, when it transpires that there is even more crime and corruption afoot, he has to admit that shoes might be more involved than he first thought.James and Libby become closer as they try to ascertain what’s going on at the hotel—but are they really any closer to finding the thief?