Backs Against the Wall 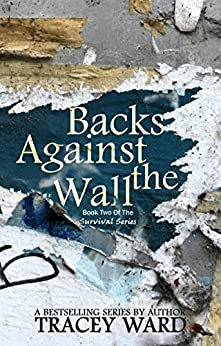 A completed #1 Bestselling Series!Joss has escaped the Colonies but her troubles have only just begun. She's wounded, exposed, and vulnerable but worst of all, she needs help. And there's only one place she can go to get it. Only one place she can stand to be.With Ryan.Together they'll have to delve into the seedy underworld of post-apocalyptic Seattle. A world of gambling, fighting, secrets, and lies. A world governed by The Hive.But the deeper they sink, the more they'll find that The Hive isn't everything it seems. That even the mighty have someone to fear. Is the enemy of their enemy their friend? Or is there another threat, one greater than the Risen or the Colonies, looming in the distance?*Due to violence and language, this book is not recommended for readers under 16.