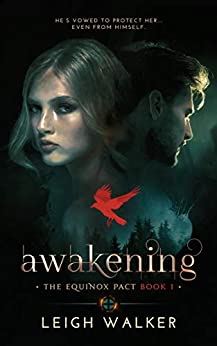 ★★★ "CINDERELLA MEETS TWILIGHT" - AMAZON REVIEW ★★★After her mother’s death, Taylor Hale goes to live with her father on the remote island of Dawnhaven. She’s dreading it, but she has a plan: she'll keep her head down, survive senior year, and ignore that her wicked stepmother treats her like trash. Then she meets wealthy summer resident James Champlain, and everything changes. James is tall and strapping, with a square jaw. In addition to his looks, he’s charming, funny, and kind. Taylor is increasingly drawn to him, but they're from two different worlds. She was on food stamps, he lives off a trust fund. Then there are the rumors: the locals say he’s running some sort of cult at his estate. Taylor doesn't believe it, but James is definitely mysterious--as is Dawnhaven itself. There’s something dark in the island woods, something dangerous. When Taylor encounters it, she learns that not only is James not what he appears...nothing is. ★★★This is the first book of a new series, perfect for fans of TWILIGHT and THE VAMPIRE DIARIES. Best for older teens: contains adult language and themes, and there are some scary parts.★★★