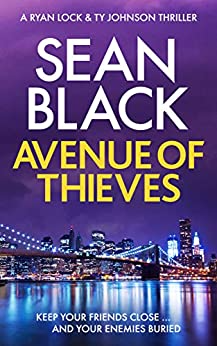 ***DON'T MISS GREAT DEALS ON RYAN LOCK BOX SETS***When one of the world’s wealthiest men is suddenly hunted by deadly forces, guns-for-hire Ryan Lock and Ty Johnson are enlisted to protect the financier’s family in New York City. The two former military men must act quickly and decisively to stop the shadowy forces in deadly pursuit…The winner of the 2018 International Thriller Writers Award returns with one of the must-read thrillers of the summer.A tense, action-packed novel that shuttles between Russia in the late 1980s, and modern-day New York, where a Russian oligarch is plunged into a living nightmare. What would you do for a million dollars?Now what would you do for a billion?Back in the 1980s, as the Soviet Union collapsed, Dimitri Semenov battled Russia's fearsome mafia, and the KGB, to amass a vast fortune.Then, as his enemies circled, he fled to America, taking his billions with him.Now someone wants all that money back, with interest, and they'll go to any lengths to get it.Sean Black returns with a thriller that's bursting with his trademark mastery of action and suspense.