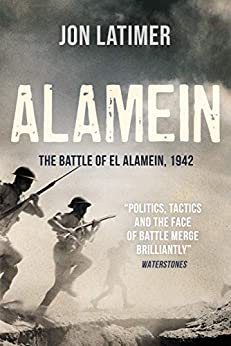 The Battle of El Alamein in 1942 brought a sense of victory to a Britain grown weary from defeat.
And it was a decisive victory. The Eighth Army ended the see-saw desert campaign and drove the German–Italian Panzer Army across Egypt and Libya, and into Tunisia. There it was destroyed by the Allied invasion of North Africa in 1943, which in turn led to the invasion of Europe. Alamein was the high-water mark of Rommel’s career, and it made Monty a household name worldwide. It also changed the way the British Army fought, using concentrated artillery on a scale not seen since 1918.
It was, however, far more than a land battle. Sea power was vital, providing the British with the means to fight while denying it to the Axis. Crucial also were the Middle East air forces, which have been largely overlooked in previous accounts. But fundamentally it was a ‘soldiers’ battle’ in which the infantry, gunners, sappers, tank crews, airmen and their supporting arms fought it out at close quarters amid a welter of confusion – heat, sand, smoke, noise, dust, flies and blood.
As well as providing an overview of the battle in its strategic context, Jon Latimer draws on the experience of the men who fought: Britons, Australians, New Zealanders, South Africans, Indians, Greeks, French, Poles, Canadians, Americans, Italians, Slovenians, Austrians and Germans. Through them we experience the harshness of the desert: we share their songs and their moments of humour, their fear and their pain.
Praise for Alamein:
’Exceptionally detailed and balanced account’ - Amazon review
‘Excellent’ – Max Hastings
‘Painstaking yet gripping, this should be the definitive account of the battle itself for years to come’ - Publishers Weekly
Jon Latimer (1964–2009) was a historian and writer who served for many years in the Territorial Army and published widely in military journals. He was the author of many books, including Operation Compass 1940, Tobruk 1941 and Deception in War.