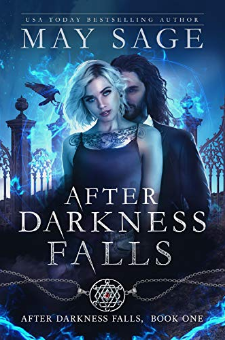 They’ve exterminated an entire bloodline, purging the world of the only creatures vampires dread. Or so they think.

Chloe used to study hard, do everything right to pave a bright future, but children sometimes have to pay for their parents’ sins, and Chloe’s tab is pretty steep.At twenty-five, when a series of attacks forces her to seek refuge in the notorious Institute of Paranormal Studies, Chloe sees it as a second chance to achieve her goals. She believes she has nothing to lose.She couldn’t be more mistaken.Levi has had centuries to observe the mortals and immortals of this world. He knows what the sassy woman who entered his domain is at first glance. A relic of the old days, so ancient that even an elder lord descended from the first immortals has reason to fear her.He should slit her throat while he has the chance.He

After Darkness Falls is a series of