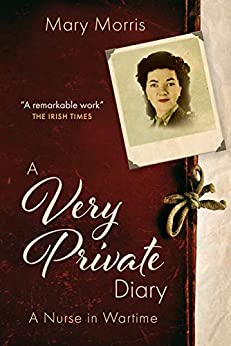 The newly discovered diary of a wartime nurse makes for a fascinating, dramatic and uniquely personal insight into the experience of being on the frontline of service during the Second World War.

As the war gets underway, eighteen-year-old trainee nurse Mary Mulry arrives in London from Ireland, hoping for adventure. Little does she know what the next seven years will bring.

In this extraordinary account, Mary records in intimate detail her day-to-day life as a nurse, both on the Home Front and abroad. From nursing children during bombing raids in London to treating Allied soldiers in Normandy, Mary's experiences gave her vivid and unforgettable material for the private diary she was dedicated to keeping. We feel her strength of character during the risk of infection, the threat of shrapnel, and the ongoing hunger of rationing, but we also feel her warmth as she connects to her patients and, eventually, celebrates victory.

Filled with romance, action, and an inevitable sadness, A Very Private Diary records the rich memories of an irrepressible personality that shone during our darkest hour.

Praise for A Very Private Diary:
‘Mary is a talented writer and a humane observer of her remarkable experiences. Her diary is full of vivid, sometimes shocking vignettes ... [A] fascinating and deeply moving book’ - Daily Mail

‘A remarkable work ... [Mary] was a lucid observer of some of the most cataclysmic events in history’ - Irish Times

Mary Morris (nee Mulry) was born in County Galway in 1921. After completing her nursing training in London in 1939, she joined the Queen Alexandra Imperial Nursing Service Reserve in 1944. She married Captain Malcolm Morris in London in 1946, and they settled in Britain after the war. Mary later returned to nursing and never stopped writing. She died in 1997, and is survived by four children and eight grandchildren.