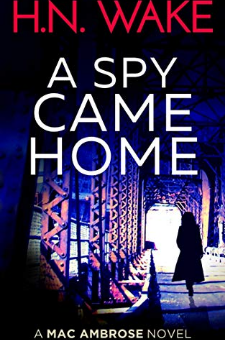 A mission. A conspiracy. Two veteran agents face-off in a daring cat-and-mouse game that could change the nation.Gritty, gutsy Mac Ambrose is a twenty-year veteran of the CIA with a penchant for risk-taking and a strong moral conscience. She is recruited by her closest friends to run a dangerous domestic operation: bring down the powerful gun lobby so the Senate can pass new legislation. In four weeks. From Washington’s corridors of power, to Kentucky’s rolling hills and New Orleans’s wealthy suburbs, Mac baits the snares for a corrupt lawmaker, an unscrupulous lobbyist, and a crooked gun manufacturer. From a safe house in Philadelphia, she begins to rebuild the life--and to reconnoiter the love--forsaken years ago in the name of national security.But Cal Bertrand, the dogged ATF agent with a checkered past and a lot to prove, is hot on her trail. Will he uncover Mac and the conspiracy before the traps go off?

If you like Jack Ryan, Jack Reacher, Jason Bourne, and Lisbeth Salander, you will love Mac Ambrose.

If you enjoy page-turning thrillers loaded with satisfyingly complex twists, sabotage, and intrigue, then the Mac Ambrose series is for you.

What Readers Say About Mac Ambrose: