A Song for the Void 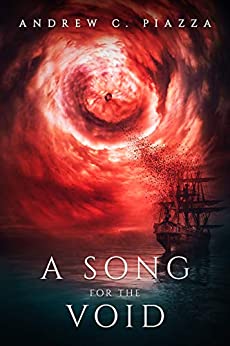 A Mind Imprisoned Is The Greatest Of Hells.

1853. South China Sea. While on patrol between the Opium Wars, the crew of the steam frigate HMS Charger pursues a fleet of pirates that have been terrorizing the waters surrounding Hong Kong.

But now the hunters have become the hunted. Something else has come to the South China Sea, something ancient and powerful and malevolent. Now, the crew of the Charger must face their worst nightmares in order to survive the terrible creature they come to know as the Darkstar.

A Song For The Void is a haunting, terrifying historical horror novel that will keep you turning the pages and jumping at the shadows.

Readers who are interested in a historical adventure mixed with slow burn cosmic horror should take a closer look at A Song For The Void.