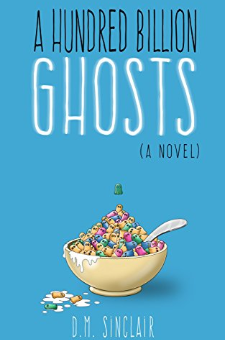 A man who lost his own body. The world's worst detective. Sugar frosted cereal. And every ghost ever.The ghosts of every human who ever died just became visible. And they seem like they're going to hang around, maybe forever. If you had a chance to try out being one of them for a while, would you take it?Ryan Matney did. It didn't go well. Now he wants his body back. Except that somebody stole it, and will do anything to make sure he never finds it.With the help of a private detective who has never solved a case and a scientist with very little faith in science, Ryan haunts across the ghost-infested world trying to track down his missing body. He has just ten days to get back into it, or be obliterated.... forever.Also, he missed breakfast. That's less of a problem. But still a problem.A "hilarious and compelling" paranormal comedy thriller with "just the right balance of humor, poignancy, and twists".